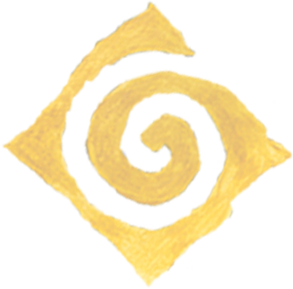 Letter from the Archive

Lorna Douglas and I and the whole editorial team are absolutely delighted to receive this award.  Lorna, as a secondary school teacher of Religious, Moral and Philosophical Studies is particularly gratified to receive your endorsement of our work and it is especially meaningful to me because I did my Degree and Masters as a student in the Religious Studies Dept. of Lancaster University. Although I did not know Professor Ninian Smart personally I know of his great work, and always appreciated the ethos that he established within the Department.  I  believe that the seeds for this magazine were sown in that very place.

We published the 1st issue of ‘Initiative’ in the Summer of 2001 with my editorial setting the tone: ‘As you turn the pages I hope that you will be struck by the multi-religious ethos that is embodied within its covers, with this characteristic I believe Initiative will provide a forum for people of different faiths to share their visions, their dreams and their fears….’

Issue No.2 was already being published in the Autumn of 2001 when events that marked 9/11 took place and in that issue we carried an article on our ‘Opinion’ page written by a young Muslim man from Lancashire.  He wrote passionately, conveying his sense of injustice that Asian youths, mainly of Pakistani/Bangladeshi heritage, were failing to be ‘integrated’ into British society despite endeavours on their part to ‘conform to the ‘British’ way of life’. Despite embracing educational opportunities and so-called cultural norms, they remained he said, at the bottom of the ethnicity pile when it comes to employment, housing etc. and their disaffection should be a cause for real concern.

I read the article later through the lens of the 9/11 experience and was filled with a sense of what I can only describe as ‘awe’ that here was the voice of young British Muslims and the magazine was situated to serve as a platform.  I knew then that we would never dismiss an opportunity to raise awareness to issues that affected people of faith in Britain – we have therefore given focus to issues such as the slave trade and especially child labour and its relevance to our purchases of mobile phones etc. this was through the art of Zoroastrian artist Jeroo Roy; Shiban Akbar wrote against so-called honour killings and the wearing of the veil; Umm Hanie Rebler on the status of women in Islam; Meena Varna against the caste system operating in the UK and Pandit Krishnatreya re-claiming the symbol of the swastika for Hindus. We have carried features on Antisemitism and Islamophobia…

Fundamentally however the magazine was conceived to open windows on to religious traditions and provide an insight into the daily lives of people of faith so as to eradicate the ‘fear of the unknown’ that deters many people from engaging with the ‘Other’ – ie their neighbours, their colleagues, their school friends.  We chose to do this by inviting people of all faiths to contribute stories and articles addressing particular themes such as ‘life after death’ ‘pilgrimage’ ‘fasting’ ‘female visionaries’ ‘male prophets’ ‘faith and social justice’ and ‘the sanctity of life’. We also invite people to write about ‘faith and identity’ and Wahida Shaffi wrote insightfully of ‘trying to maintain a balance between the many different identities I feel privileged to have’ – a problem experienced by so many of us.

The real uniqueness of the magazine however I feel lies in the way that we have utilized the arts to convey the passion of the artist and the source of their inspiration. This not only provides colour and rhythm for the magazine but also beauty.

The award gives recognition to all these people who have contributed to the content of the magazine – writers, artists and poets – who have given generously of their time and skills, showing a real commitment to interfaith dialogue.

We have become aware of late of how the magazine is being used as inspiration for discussion and debate within seminar groups and interfaith conferences, and it is here that we see the expansion of our work. We have already run Women’s Interfaith Workshops in Hounslow and it was a joy to witness the unfolding of interfaith relationships within the group.

We already distribute the magazine to schools, colleges, university chaplaincies, religious communities and interfaith groups throughout the UK and also overseas, with the endorsement of the Shap Working Party we are looking to expand our database to include more schools and chaplaincies around the UK.

This Award is especially meaningful to us as this is our 10th year anniversary and sees the publication of our 25th issue, marking a double milestone in the life of the magazine.  Your timing in making this award is therefore perfect.